A conflicting verdict in a two-decade legal battle between India’s mobile operators and the Indian government has led one of India’s oldest telecom operators into trouble. Yes, we are talking about the merged company: Vodafone Idea Ltd and Vodafone Idea shutdown, and AGR dues.

The share prices of Vodafone Plc and the entity controlled by Kumar Mangalam Birla have halved since the beginning of the year, while its counterpart, Bharti Airtel Ltd, has gained 15%. In the current week, Vodafone Idea share prices have fallen more than 28%.

In this post, we dig upon what led to all this and what lies ahead for the telecom operator.

To counter the onslaught of cheap data rates and free calls offered by Jio, two different operators, Vodafone and Idea Cellular, came together in 2018. When that wasn’t enough, the promoters of the merged entity also invested money. However, nothing worked.

The Vodafone Idea merger was completed in August 2018. Since then, the telecom operator has been bleeding customers. In the last three years, it has lost more than 170 million active clients, going from around 43 million clients to 26.

The rate increase was the solution to the increase, but that also failed only for Vodafone Idea. Despite the 30% rate increase in December 2019, the company was unable to post substantial revenue growth.

Meanwhile, a two-decade dispute over how to define license fee revenue and spectrum usage fee has yielded adverse results. Telecom operators are required to pay around 4% and 8% of average gross revenue (AGR) to the DoT as spectrum usage fee and license fee, respectively. The argument was on what to include and exclude while calculating AGR.

The operators thought that only income from basic telecom services should be included, but the DoT also wanted a portion of other income, that is, rent, dividends, and interest income to make a profit from the sale of fixed assets. The Supreme Court of India upheld the government’s claim in October 2019, putting Vodafone Idea on the hook for ₹ 58,300 crores.

Once this result was in place, the operators continued their request to rectify what the government asked for errors in the calculations and staggered payments. The court allowed the staggered payment as the operators were unable to pay billions of rupees in one go as arrears and fines. Because of this, Vodafone Idea avoided bankruptcy last year, but its viability is again in doubt, as the high court recently dismissed its reform petition and now there are a lot of chances of Vodafone Idea shutdown.

How Airtel & Jio avoid this?

Reliance Jio has dodged the missile of past AGR quotas to the government. Furthermore, by controlling data prices, Mukesh Ambani’s telecommunications arm continued to gain market share and made it profitable. And behind this, now there is Facebook Inc. in one of those companies. and is equipped with capital from Alphabet Inc., and several others, which is effectively the telecommunications company (i.e., Jio Platforms, the parent company of parent Reliance Jio Infocomm, the telecommunications operator)

For Sunil Mittal’s Bharti Airtel, finances were tight. But a successful capital increase, divestiture of other business interests, and no loss in subscriber base got him through these tough times. The promoters have also added more money. More importantly, Bharti Airtel took a conservative stance and added provisions (loss first) to its accounts against increased demand from AGR.

Vodafone Idea did not provide it. So now the loss is being incurred and it has caused them many losses and now maybe Vodafone Idea shutdown or maybe not.

As of March 31, 2021, Vodafone Idea’s total debt was ₹ 1.8 lakh crore, which is equivalent to the market capitalization of India’s largest steel company, JSW Steel Ltd.

Of this massive Rs 1.8 million lakh crore debt, about 87 percent belongs to the Government of India. Of the balance, according to media reports, between banks, the telecom operator owes a large part to SBI, Yes Bank, and IDFC First Bank.

Liabilities of ₹ 32,000 crores are outstanding in the next 10 months. Half of this corresponds to the Government of India, while the rest corresponds to banks and bondholders (NCDs).

What Vodafone Idea will trying to do?

In addition to planning to file a curative petition with the Supreme Court for AGR fees to be recalculated and asking the government to extend the moratorium on spectrum liability, the company is betting on several other options. Will Vodafone Idea shutdown?.

It has already had shareholder approval to raise 25,000 crores through equity and debt. Vodafone Idea also plans to raise ₹ 3,000 crores through the sale of assets, including the additional land acquired for the installation of data centers. There are pending tax refunds of Rs 6,800 crores and some GST refunds, which can be completed on time. In addition, it can receive an amount of Rs 6400 crore from parent Vodafone plc. Until June 2022, linked to the actual AGR payment and certain tax refunds.

A combination of frequent rate increases, government relief measures, capital investments by promoters or strategic investors, resolution of massive customer losses, and any possible handover of the untapped spectrum to reduce future liability appears to be the only way to ensure the survival of Vodafone idea.

Can Vodafone Idea file for Bankruptcy?

Bankruptcy is a possible resolution for VI because that’s what bankruptcy resolution is for. If Vodafone Idea went bankrupt, everyone, including banks and the government, would have to cut their hair. In return, they can be given a stake in the company, which can then be recovered without much burden. Bankruptcy means that a new developer, be it a foreigner or an Indian, can come in and take over the assets.

In such a case, we expect the shareholders’ capital to be zero, which means: if there is a bankruptcy resolution, the existing shareholders are likely to get nothing.

However, there is a problem: the government cannot allow the buyer to access the spectrum if the AGR fees are paid. In this case, a buyer would have to bid again on the spectrum, significantly changing the cost metrics. In fact, a previous NCLAT decision had held that spectrum cannot be transferred to a bidder unless AGR and other government fees are paid.

This means we will have to wait till December 2021, when certain bonds/NCDs will be due, if a company does not pay, to be able to file a bankruptcy petition on Vodafone Idea. (Around Rs 1,500 crore is due in December) We will have to see whether there is an adequate relief package available by then. Otherwise, what seems difficult now (filing bankruptcy) would be the only solution.

What Happens if Vodafone Idea shutdown? Who Benefits?

Let’s say Vodafone receives a red flag and has to leave the field. Their problems are many. To list a few-

The telecommunications sector is heading towards the largest monopoly and Bharti Airtel and Reliance Jio will benefit. Vodafone Idea currently has around 247 million subscribers.

This assistance will also apply to Airtel and Jio. For example, the last time the government granted a 2-year moratorium on spectrum payments, which also benefited Airtel and Jio.

The fate of the Vodafone Idea is hanging by a thread, and while everyone is looking for government help, we believe that a bankruptcy-based resolution may be the only way forward. It is fair that not only the government, everyone should cut their hair.

Let us know in the comments section below what do you think about the Vodafone idea shutdown? You can also Subscribe to Us On YouTube for tech-related content. Please share this with your friends and family. Thanks for your time on our website and we wish you have a nice day. 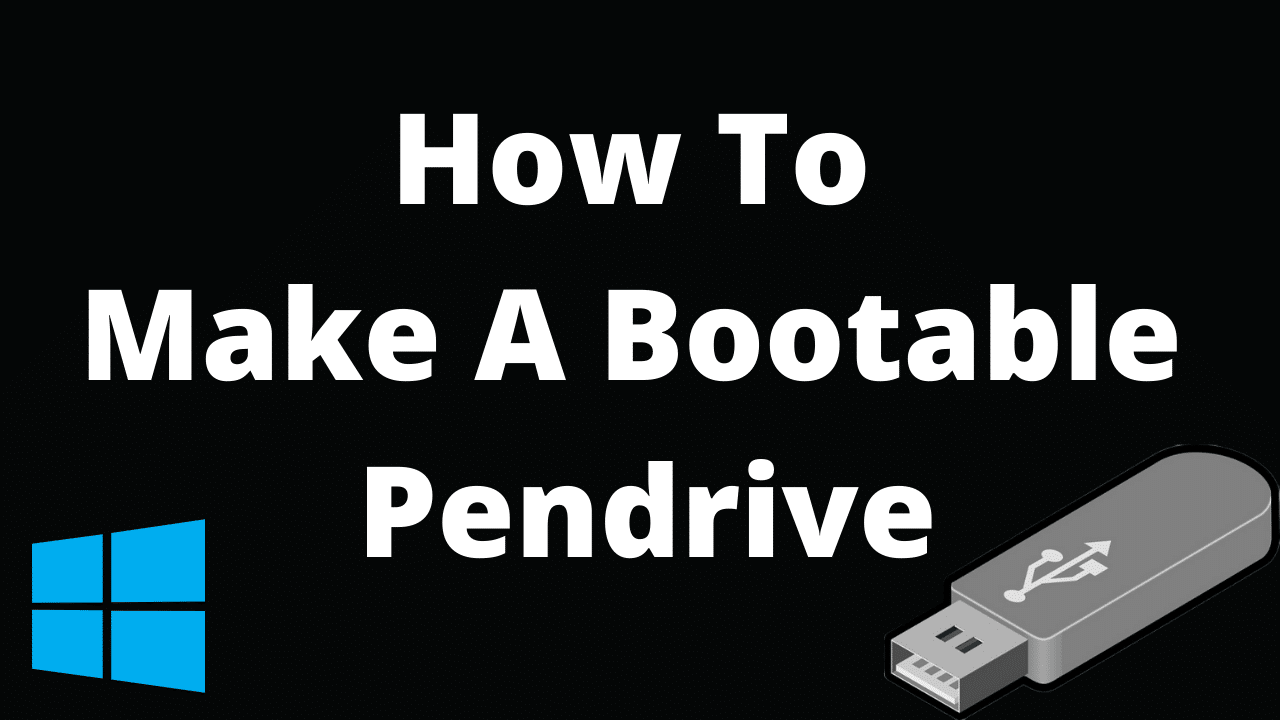 Satvik Mishra - April 17, 2020 0
Introduction Nowadays installing any OS is very easy. In this post, we told you How to Make a Bootable Pendrive and Install any OS by...