Micromax In 1b vs Realme C15 Features:

Before we move from head to head, let’s talk about the features of both devices and find out which ones benefit.

Now coming to the battery part, we have the Micromax In1B which comes with 5,000mAh battery capacity and supports charging up to 10W. Now on the other side we have Realme C15 which comes with battery capacity. Supports 6000mAh and fast charging up to 18W. However, we have a 10W charger in the box. Here on the battery part, Realme has the upper hand with a 6000mAh battery and 18W sports fast charging. So moving on to the performance part.

On the performance side, the Micromax In 1B and Realme C15 come with the same processor called the Helio G35. This processor is capable of performing common tasks and handling large-scale games with moderate graphics. It comes with a maximum clock speed of 2.3 GHz and is based on the 64-bit architecture. In addition, it has MediaTek’s HyperEngine technology that provides a better and smoother gaming experience. So since the processor is the same here, even for this part, we have no winner and it is entirely up to you which brand you prefer.

Now moving to the camera module, which is important for many users, can be a deciding factor for the device. So, firstly, speaking of Micromax in 1b, we have a dual rear camera with 13MP primary sensor f / 1.8 aperture + 2MP depth sensor. On the selfie side, it comes with an 8MP selfie shooter. On the other hand, Quad rear camera configuration with 13MP (primary) with aperture f / 2.4 + 2MP (retro) with aperture f / 2.25 + 2MP (monochrome) with Realme C15 aperture f / 2.2 + 8MP (ultra wide angle). Comes with ) With aperture f / 2.4. Also, it has an 8MP selfie shooter. So here is the top part of Realme with its four camera setup. So our decision here leans towards Realme C15.

Micromax in 1b vs Realme C15 Specification

Micromax In 1b vs Realme C15 Price in India

Micromax In1B was aggressively priced at Rs. 6,999 for the original 2GB and 32GB versions. Whereas, the price of Realme is slightly more than the base 3GB and 32GB variant price of Rs 8,499. Here it is a difficult decision in the form of Rs. 500 more we get 1GB more RAM. So we are leaning towards Realme as if the budget can increase, then you should go for Realme C15.

Micromax In 1b vs Realme C15: Conclusion

Both the smartphones come with a lot of new features that will be of use to the regular users for everyday use. We know that the starting price of Micromax In1B is Rs. 6,999 while Realme C15 comes with a price of Rs. 8,999. And we can see that we can get Micromax in 1B (64 + 4GB variants) for Rs. 7,999. Therefore, the Micromax In1B would be much better for those who are smart on their budget and want better storage and better performing devices. In Micromax 1B, we will get Android 10 Go Edition, which is better, and you will get your hands on the ad-free UI. Also, the Micromax In1B has a 5,000 mAh battery, which is good. But, if you are a camera lover, you can go for Realme C15, which has a four-camera setup. Apart from this, Realme C15 comes with a 6,000mAh battery capacity with 18W fast charging support, which is much better for the regular user. But, Realme C15 comes with showing Realme UI ads, although you can stop them but there will be some bloatware on the device. Also, you will get Rs. 2000 more for Realme C15 (64 + 4GB variants) and quad camera setup. So if you are on a budget and want good storage with excellent battery, then Micromax In1B will be good for you. And, if you want more batteries and cameras, then Realme C15 will be right for you.

If you have any doubts about the item or would like us to review a product that you would like to see on our site, let us know in the comments section below. You can also Subscribe Us On YouTube for tech-related content.Thanks for your time on our website and we wish you have a nice day 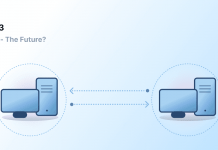